The thing about seasons is that they change.

Finally, it is Fall.  My favorite. But it is still too warm here for boots or hot cider. Still too warm for the leaves to drop with a shhhuuuussh  and await my forthcoming ccrrruuunnnccchhhh.  Still too warm to smell Christmas in the wind.

But then it will change again, quicker than a blink.  Winter will come and nature will go into hiding.

That is how I feel right now, in my writing life.  My writing is hiding within me, like a seed in Winter.  Frozen a bit perhaps.  Snuggled down deep, waiting to awaken.

And you know, it's not a bad feeling, really.

I rarely ever, EVER take a break because the IDEAS are always THERE and they are very persistent.  I've been tinkering with some things, but not starting anything new really.  I mean, I know what I want to work on next, but it feels like it's still in the seed stage, and the warming sun is a ways off.

And I hadn't intended this little mini-break.  But it feels quite good to merely drag my toes across the surface of writing and not cannonball in just yet.

Because the thing about seasons is that they change.

Books I Wish I'd Written

I've shared the following books with my class in the last few weeks and truly, I wish I had written all three of them!!! 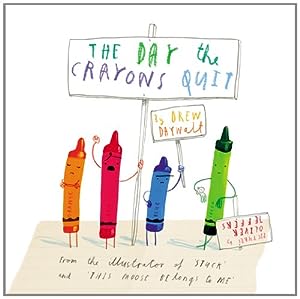 This is just adorable, and below is the adorable illustrator.


And this is just so clever!!  It made me fall in love with punctuation! The clever book trailer is below.

And then there is the next one.  I mean, what can I say about Alvin Ho except that my class is totally loving it.  (There might be more, I can't remember:) Alvin Ho might be one of my favorite fictional school kids of all time.  He is right up there with Matilda.  This book is so sweet and funny and TRUE.

Wish I had written the lot of them.


Any books you've read recently that you wish you'd written (Harry Potter notwithstanding.)?

It's been more than a week since I've blogged and I am not feeling good about that.  I used to post twice a week, then once, and now....?

Anyway, the beginning of the year is always a whirlwind of stuff and I never know quite what to expect.  In the good news department, I have a lovely class this year.  I mean, all kids are wonderful.  That's just part of being a kid--the wonderfulness.  But this class seems to be one that already works nicely together.

That is a gift, my friends. Believe me.

On the downside, I got a package from one of my publishers today with some copies of HAPPY BIRTHDAY, GOOD KNIGHT inside, accompanied by a letter saying the hardcover is going out of print.  A bit of a bummer, but it came out in 2006, so it's been in print for seven years.  That's forty-nine in dog years. Arf.  The good news was that the paperback edition (part of the Penguin Early Reading Program) will come out in the summer of 2014.  I am really happy about this, seeing as the paperback of THE SEVEN TALES OF TRINKET comes out in February.  TWO NEW EDITIONS IN 2014!!

My desk is a hodge-podge of randomness right now. For example, my desk now holds:

a butterbeer mug filled with pens and screwdrivers

business cards that I thought I had lost

a remote control for a fan

a stack of books seven high

and too much paper to deal with

And somewhere among the hodge-podge is my brain.  I know it's there.  It has to be. Small, gray...perhaps you've seen it?  If so, could you just pop it in the mail?  I mean, it probably won't go willingly.  You'll have to wrangle it in a box and duct tape it closed quickly, because an escaped teacher/author brain is a wily thing.

Has your brain been wily as of late?